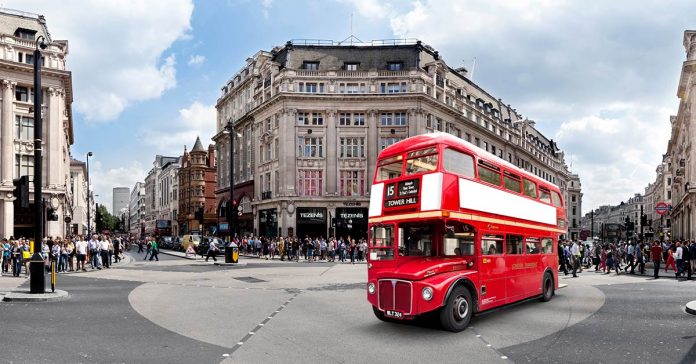 When visiting the wonderful city that is London, experiencing London’s traditional Theatre District is something that will surely be in your must-do list. Colloquially known as the West End, this part of London is rich in its history, stunning architecture, and entertainment options for all tastes.

Why is London’s West End famous?

The elite of the past chose the region as a place of residence because it was upwind of the smoke that blew through 17th and 18th century London. Soon after the moneyed moved in, the entertainment venues did, too. Since then, the shows from its theatres have been watched by presidents, royalty, and movie stars.

Where is London’s West End?

London’s West End is in Central London. Its postcode begins with WC (West-Central) – this is because the Ancient City of London was where the Tower of London is, but nowadays this is considered an Eastern side of London as the city grew more westwards.

London Palladium, in Oxford Circus, is the westernmost venue. The Aldwych Theatre, in Aldwych, is the easternmost venue; while the Dominion Theatre in Tottenham Court Road is the northernmost and the Trafalgar Studios, near Trafalgar Square, is the southernmost.

Imagine boundaries on the east side of Regent Street, south side of Oxford Street, West Side of the Strand and north of the River Thames – that’s the West End – here is a map.

Which theatres are in London’s West End?

There are more theatres in the West End than there are letters in the alphabet. The most famous are The Lyceum Theatre (The Lion King), Theatre Royal Drury Lane (the oldest venue, being over 300 years old), The Theatre Royal Haymarket, The London Palladium and Queen’s Theatre (Les Miserable). The Apollo Victoria is also considered West End, despite not being geographically within the West End boundaries. There is a full list of London Venues on Wikipedia, separated by West End and Non-West end. Which are the most popular shows in the West End?

Running since 1999, Disney’s The Lion King at the Lyceum Theatre is the most popular show in the West End. Les Miserables and Phantom of The Opera are also very popular and are running since 1985 and 1986, respectively. Wicked and Mamma Mia! have also been running for over 15 years and have no sign of closing any time soon. More recent shows that have taken audiences by storm include The Book of Mormon and Disney’s Aladdin, and those seem to be going well with no ending dates.

How do I get to London’s West End?

The West End suffers from a heavy car traffic problem most of the time, making taxis, buses, and cars unadvisable options. Often, you can walk faster than cars and buses could move.

However, underground stations surround the West End. The best station depends on where you are coming from: all stations are within walking distance from each other. Leicester Square station sits right in the middle of it all and it is the best station for any venue. It links to both north-south lines and west-east lines and it has several exits, while also being well coordinated. Piccadilly Circus is another good option a little more westward. Tottenham Court Road has been recently upgraded and is also a great place to start. Charing Cross station sits at the south and it is also a train station that links London to the South of England. Avoid Covent Garden, Holborn, and Oxford Circus stations; they get very busy and their entrances and exits are very clogged. Covent Garden only has lifts to street level, which leads to serious queueing underground – not a pleasant experience and it may make you late for your show. For underground info visit www.tlf.gov.uk. Overall, The West End is best enjoyed on foot. If you get dropped off in any of its corners, it will be a beautiful walk through old buildings and interesting places, so if you can, start your walk from one of the stations recommended above and enjoy.

How do I get tickets for London’s West End?

It’s not unusual for tickets to West End shows to cost upwards of £70 each, but there are a few ways you can end up paying a fraction of that.

Book way in advance: The cheapest tickets are the first ones to sell-out, so the earlier you can book, the better. Cheaper seats are not always bad: second and third levels’ first rows have good views and slip seats are great value for money – despite being side-on to the stage they are single-rowed, so no heads in front of you!

Booking in a group of 10 or more can also bring some handsome discounts, but normally for expensive seats, so in the end, it won’t be so cheap but you’ll get a good deal.

Search for online offers: Agents fight for sales and tend to throw offers and discounts out there, so search online and compare prices before you book. Also look out for hidden fees such as postage fees or admin fees.

Finally, if you’re strapped for cash, you could take part in a ticket lottery or queue up at the venue for day-seats. Some theatres (but not all) hold back a hand-full of tickets for sale on the day of show. Visitors interested in bagging one of these tickets should attend the theatre box office on the morning of the show at 10 am sharp (some people will be queueing from much earlier). If day-seats are available, the first 10 or 20 people can purchase a pair of good seats at about £20 or £25 each. If there is a ticket lottery, a draw is made instead, a couple of hours before the performance is due to start, and the ‘winners’ get to purchase their tickets for as little as £20.

How do I get tickets for the West End’s most popular shows?

Seats at shows like The Lion King, The Book of Mormon and Disney’s Aladdin often sell out months in advance. If you are booking last-minute, you’re likely to be charged upwards of £80 to £100 for a single ticket. This is where online ticket sites can be useful. Visit them early, and you should be able to get a ticket for the date you want. You might even be able to get a bargain.

Where should I eat in the West End?

The list of West End restaurants offerings is very long. You can choose from everything from a quick plate of sushi to a three-course meal at a Michelin restaurant. Apart from the eateries that come with their own constellations of stars, hotel restaurants tend to offer the priciest menus. If you want to avoid these, find restaurants with pre-theatre menus on offer. Those can include steakhouse options, Mediterranean, French, and blue-blooded British. Soho is another possibility. The restaurants in London wave all sorts of national flags as far as cuisine is concerned. Here is a guide on Pubs and restaurants in the West End with a few good options. Where can I drink in the West End?

There’s no shortage of Bars & Pubs in the West End. Pubs, bars, clubs, and cafes are placed in the palm of a visitor’s hand. Take your pick from old and new, rooftop and underground, cheap and pricey. Just as with the dining scene, you can’t go wrong by heading to Covent Garden or Soho.

Where can I stay in the West End?

London’s West End is one of the world’s top prime locations, and its sour accommodation prices reflect that. If you look for a traditional hotel, you will be paying over £200 per night (in 2017). But worry not: We can help you with that. There are a few options that are not just cheaper, but also a lot more fun, although as usual, time is of the essence: Always book as early as you can.

Qbic Hotel London City – cheap, around £69 per room:  It prides itself in being the greenest hotel in London and it welcomes pets! It is a cool and trendy hotel chain with comfortable beds, very clean rooms, excellent showers and a bargain for where it is – however it is not exactly inside the West End, it is in Aldgate East, near the lively and famous Brick Lane – a place to be visited as well. Transport links to the West End are great, you can get the District Line to Embankment station in 20 min.

Travelodge Covent Garden – cheapest double room for £69, but for a long way in advance: A budget hotel chain with very plain and simple rooms, but it’s location is hard to beat as it is bang-on in the middle of the West End. If you don’t mind a comfortable bed and not much else in the room, this would be the most practical choice.

Airbnb – wide range of choices but it is hit-and-miss: You can find some good value rooms in someone’s home or even whole flats in central London on Airbnb, but watch for the place’s reviews: they need to be good or else you may find that what is advertised isn’t what it really is. Make sure you read the description fully and scan for drawbacks such as ‘will share the room with my dog’ or ‘there is no kitchen’ or ‘the bathroom is in the neighbor next door’ – because London properties are indeed very odd.

Hope you enjoy your visit to London’s West End! If you want to explore more of London, check out A Londoner’s Guide to London and The Shard: London’s New Icon.