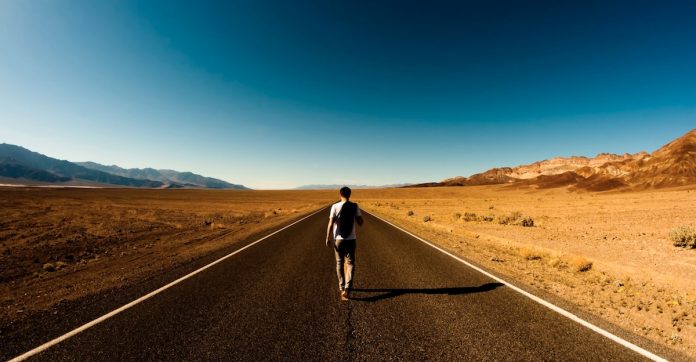 I’ve had the pleasure of experiencing both sides of this. I’ve travelled to destinations with people I knew; three weeks travelling through Thailand and three weeks travelling down the east coast of the USA. I’ve also travelled solo a fair bit; I went around Europe for a month, spent 5 weeks in SE Asia wandering around Thailand, Vietnam and Laos and recently returned from a weekend in Vienna where I was on my Larry.

I had a bad ass time on all these trips. However, I feel my solo travel experiences have been invaluable in many different ways compared to my experiences traveling with friends.

Allow me to explain…

I’ve found the solo travellers I’ve met can easily spend a day walking round a city with their own company and absolutely love it. However, solo travellers are extremely sociable and by no means introverts. On the contrary, being a lone traveller you have to be quite extroverted if you want to make new friends. As you are on your own you have to go out of your way in order to meet people and make new friends. You actually become a bit crazy – you throw caution to the wind and trust people straight away only knowing their name and what country they’re from.

You Become a Decision Maker

When you’re on your own there is no one else to make the decisions for you, and when you’re traveling there are a lot of decisions to make! Where to go next? How to get there? Where to stay? How much can I spend? You quickly learn the reasons a decision was a bad one and that delaying a decision can be costly! As a result you tend to make quick decisions that are based on (usually) sound judgement.

Travelling alone forces you to take responsibility – if something goes wrong you have no one else to blame but yourself. This can be little things like losing your hostel key, choosing the wrong hostel or missing a bus. However, it can also be the big things that really test you such as missing your flight. Once somethings gone south you then have to sort it out – meaning you become a problem solver. At the time you’re going to hate these situations but they’re going to help you so much in the future and teach you some important life lessons.

You Don’t Judge a Soul

While travelling alone you talk to all types of people you wouldn’t necessarily talk to if you were travelling with friends. You learn that everyone has a story to tell and the people you might not usually hang around with at home can be your best friends whilst travelling. Some of the least unlikely people can blow your mind.

You Learn to Like Being Out of Your Comfort Zone

I’m a strong believer that you grow as a person the most when you’re out of your comfort zone. Being comfortable is a sure way to stagnate. Solo travel puts you out of your comfort zone in so many ways; you have to introduce yourself to people and instigate social situations, you wander through cities where the signs are in another language, there’s different money, different customs. Throwing yourself headfirst into this is going to teach you so many lessons and help you in your future life when you’re thrown into unfamiliar territory.

You Become a Story Teller

The shit you get up to when travelling always makes a good story that people want to listen to. You become a source of interest and intrigue. Trust me, talking about the time you trekked through dense jungle for two days to get to the 3rd largest cave in the world trumps a story of getting chlamydia in Zante every time. To top this all off I’ve found that solo travellers are independent, driven, determined and like to do things their own way even if it’s completely different from the norm. I feel this is so important in today’s world where there is the same standardised life plan for everyone set out by society. The solo travellers I’ve met and stayed in contact with are extremely driven and successful in their lives. Many are perusing their personal goals which include personal fitness, career development or personal development with such grit and determination. All this while still keeping up the wanderlust.

I honestly think travelling alone shapes the type of person you are for the better and prepares you well for what life will throw at you in the future. You encounter so many different situations that will both challenge and thrill you. Don’t listen to the people who say you’ll get bored, won’t meet anyone or get robbed. It’s most likely they haven’t been solo travelling before. If you haven’t solo travelled before I highly encourage you to, you never know what you will get up to and you might be surprised by what you find out about yourself.

This article was originally published on thewanderingbroski.com Michael is a 24 year old swim teacher and coach from London. With a serious case of the travel bug and a fundamental dislike for the ordinary, he loves to explore cultures that challenge what he is used to and adventures that will “blow his mind”. Michael enjoys sharing his adventures, tips and of course some humor with the wandering community. Read more of Michael’s unique take on travel at www.thewanderingbroski.com