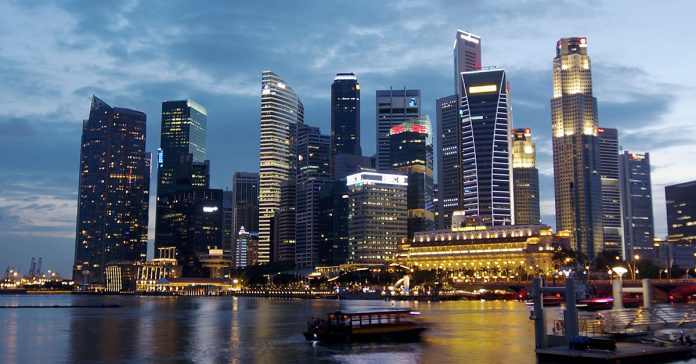 Singapore, which is simultaneously a country, island and city, is full of both historical and modern attractions. You can find Buddhist temples, parks and nature, modern office buildings and diverse neighborhoods with great shopping, delicious food and exciting nightlife. Singapore, one of Southeast Asia’s thriving cities, contains a number of hidden attractions that you don’t see in guided tours. Let’s look at some of Singapore’s best kept secrets.

If you’re a fan of independent and international films, you should check out Singapore’s hippest movie theater, The Projector. Located on the sight of the classic Golden Theatre, this is a place where you can see a wide variety of classic, international and exotic films. The theater also has a bar called The Great Escape where you can enjoy cocktails after the movie and, if you keep up with their calendar, attend parties and special events.

Kampong Buangkok is one of the few remaining places in Singapore known as a Kampong, the kind of fishing village that used to be prevalent on the island. Because of modernization, these traditional villages have been mostly wiped out. One that remains, however, is Kampong Buangkok, in Hougang. This is not a tourist attraction, but an actual village where some 30 families still live, subsisting by fishing and raising animals.

Istana Woodneuk is an abandoned 19th mansion reputed to be haunted. The mansion, built by Sultan Abu Bakar, has a tragic history that includes fires and bombings by the Japanese during World War II. If you want to explore the creepy ruins of this mansion, you have to do it on your own and at your own risk. The property is neglected and the building, while still standing, is in a state of disrepair. It’s a fascinating destination, however, for both ghost hunters and anyone interested in Singapore’s history.

Singapore is a city with a thriving nightlife, so there’s no shortage of bars and clubs. If, however, you want to find some hip and off the beaten track places, you have to look a little harder. There are several interesting bars that you wouldn’t know exist unless you were actively searching for them. One of these is Operation Dagger, a basement bar in Chinatown that serves food as well as a creative menu of specialty drinks. The Library, which actually looks like an ordinary clothing shop from the outside, is a secret bar that’s next door to a restaurant called The Study.You can only enter the bar if you get a password, which can be found at The Study. This is a password you must verbally state to the door person at The Library. Another bar mainly known to locals is 28 Hong Kong Street, which is close to Clarke Quay. This bar has a very low key exterior but inside it’s quite glamorous, with an emphasis on New York-style cocktails. One trendy spot in Singapore that’s a combination coffee house, boutique and bar is Maison Ikkoku, on Kandahar Street. If you want drinks, you have to visit the third floor.

Singapore has become a rather expensive city, with many shops and malls catering to affluent locals and travelers. Locals, however, know where to shop to get the best deals. Another thing to keep in mind about Singapore is that it’s divided into ethnically diverse neighborhoods. There’s Chinatown, Little India and an Arab Quarter, for example. If you’re looking for items from a certain part of the world, you should explore the right area. Wherever you shop, keep in mind that bargaining is expected in this part of the world. If you want to get the best price, you’ll have to do a little haggling.

A good alternative to glitzy malls is Mustafa Centre, a mall in the Little India neighborhood that has every type of food or product you could want, often at reasonable prices. It’s especially known for its good selection of jewelry. You’ll also find a good selection of clothing, electronics and food. While in Little India, you can also walk around and take in the many shops, temples and restaurants that you’ll find here. If you want to find items from the Middle East, come to Haji Lane, the center of the city’s Arab Quarter. This is where you’ll find lots of old Mosques, fabric stores, cafes and restaurants serving Middle Eastern food.

Anyone who’s interested in the latest fashions will be interested in Reddot Design Museum, which has events and exhibitions as well as a market. In addition to clothing, you’ll find art, furniture, toys and accessories at MAAD Market of Artists and Designers at the museum.

Where to See Street Art

One of the big trends in Singapore right now is the street art scene. As Singapore is a country with strict laws, illegal graffiti is rare. There are many neighborhoods, however, where you’ll find legally commissioned street art that’s often quite striking. Aliwai Street has several galleries and artist collectives as well as street art. Kampong Glam, also known as the Arab Quarter, is one area known for its street art. On Victoria Street there are some large works by a Lithuanian artist named Ernest Zacharevic. Singapore’s art scene is constantly evolving, so if you’re alert you may see street art popping up all over.

Singapore has amazing food, whether you buy something on the street or sit down in a five-star restaurant. The local cuisine is a delicious mixture of Asian influences that include Chinese, Indian and Thai. You can also find lots of specialty restaurants. Here are a few secrets to help you find some of Singapore’s best food. At Sinar Pagi Nasi Padang, a restaurant and stall that’s been open since 1966, you can find reasonable local dishes that locals line up for daily. The dishes are Indonesian classics, such as beef rendang, a spicy curry dish that takes many hours to prepare.

Chui Huay Lim Clubhouse at 190 Keng Lee Road is a renowned Chinese restaurant situated in one of Singapore’s oldest clubs. This restaurant specializes in authentic Teochew dishes, which include meat, seafood, noodles and vegetables.

You can get more than Asian food in Singapore. If you’re in the mood for Italian, Fratini La Trattoria is run by an award-winning chef named Gabriel Fratini. There’s no menu in this restaurant, so you simply sit down and experience traditional Italian cooking made from fresh and local ingredients.

If you want American style BBQ, Buckaroo BBQ & Grill Restaurant is a fun restaurant with a cowboy theme where you can get burgers, steaks, Buffalo wings and other Western favorites.

While in Singapore, you shouldn’t miss the chance to experience some of Asia’s freshest and most expertly prepared seafood. One of the best places to do this is The Catch Seafood Restaurant & Bar on Cosford Road, which serves more than 20 different kinds of fish.

The Naked Finn, with specialties such as prawns and lobster rolls, is known for its high-quality ingredients and its commitment to serving ecologically sustainable seafood.

Singapore is an exciting, fast-paced city. To take a break from the urban way of life, you can visit several nearby islands, each with its distinctive culture and attractions. The best-known islands near Singapore are Sentosa and St. John. There are, however, a few equally interesting but lower key islands worth visiting as well. Kusu Island, which means Tortoise Island, was named because locals believed it resembled a large turtle or tortoise. There are several shrines dedicated to turtles. There’s a tortoise sanctuary where you can observe these animals. Kusu Island is especially active during the ninth month of the Chinese lunar calendar when thousands of people visit to worship at the shrines. The island also has lagoons for swimming.

Singapore is a dynamic nation that’s constantly changing. No matter when you visit, you’ll find a wide variety of historic and cultural attractions. If you want to go beyond the typical tourist destinations, you have to do a little extra research. The above are just a few of the hidden places in Singapore to get you started. By talking to locals, exploring lots of different neighborhoods on foot and keeping your eyes open, you’re sure to uncover many more secrets of your own in Singapore.