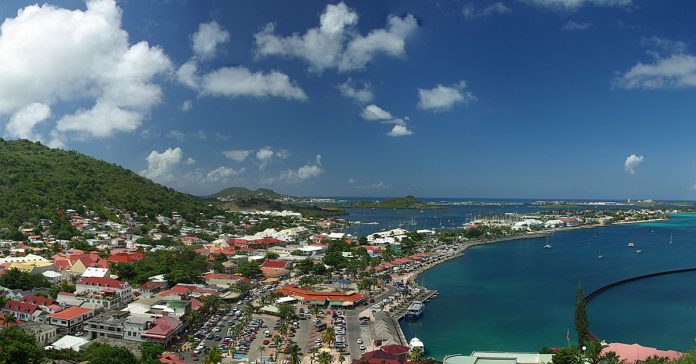 The Caribbean island of Saint Martin is a major vacation destination, but there’s so much more to the island than just the thin crust of the tourist industry. Take a peek into vibrancy of the real Saint Martin, and you’ll discover places of the past that are tucked in between nightlife venues and boutiques. The best place to begin learning about the heart of Saint Martin is to explore its fascinating story.

Travel back in time to the days when Saint Martin was a battleground for the Caribbean. Imagine the peaceful waters filled with tumult at the crash of cannonballs, with the shouts of pirates and soldiers! Sadly, this era wiped out much of Saint Martin’s ancient past and yet left few relics of its own. You can, however, see the remains of the colonial era in the forts and few old buildings. Fort Louis is the most prominent of the ruins. A French flag still waves from this fort, looking over the capital settlement of Marigot, the leading town of the French side of the island. You are free to climb all over the ruins. From a vantage point at the top, you can also see a few other historical buildings in the town: the old prison with its yellow roof, a handful of churches, and a bread oven at the base of the hill. The fort itself was built over 200 years ago, during the reign of the last king of France. It defended the northern French territory of the island from the Dutch, British, and Spanish, all of whom had their eyes on the beautiful island. Spain’s notorious pirates were a particular problem, since Saba, the small island to the south, was a favorite hideout of theirs. Take a stroll through Marigot and you’ll see many old French homes from this area later. You can visit one of these (plus the French army barracks from the 1700s) when you visit Roland Richardson’s art gallery. You can even catch him painting on Thursdays, and he’ll be more than happy to give you a history of the island and his family’s role in its story.

Loterie Farm is what’s left of the sprawling plantations of yesteryear. The end of plantations was actually a very happy time in Saint Martin’s history, since it marked the end of the era of slavery. However, the end of the sugar industry on the island also caused its economic downfall. For many decades, islanders of all backgrounds were left to fend for themselves and build a community without any communication from the European countries who ruled them. Although most plantations are either gone or have become private homes, Loterie Farm is open to visitors. If you can resist the zip line or the beautiful pool area, you can take a long hike to the highest peak on the island. Along the way, you’ll stumble on the ruins of a sugar storehouse, an old well, and someone’s forgotten headstones. There are also rumors of native Arawak markings on boulders somewhere on the hill.

South of Marigot, the island’s international border invisibly bisects Saint Martin. The southern half of the island is country named Sint Maarten that is part of the Kingdom of the Netherlands. The capital of the Dutch half of the island is Philpsburg, a tiny town nestled between the Great Salt Pond and the Caribbean Sea. Philipsburg has been the most significant trade town on the island for many years, and its harbor is the historic heartbeat of the tiny nation. At one time, it brought the few supply ships that supplied this half of the island. Later, it exported the salt and sugar that kept the island running. Today, it brings in thousands of tourists. Despite the massive number of visitors, Philipsburg has retained some of its roots. All but forgotten, Fort Amsterdam sit on top of the hill behind Divi Little Bay Resort. Its crumbling walls once defended the Dutch colony from Spanish attackers. Today, they house nesting pelicans, which visitors can watch at the edge of the cliffs. Below, a Spanish cannonball is forever embedded in the side of the hill. The fort was used as a home and a radio station as well as a fort during its history.

High above Fort Amsterdam, Fort Willem is hidden on top of William Hill. There’s not much left of the old fort; a radio tower is the most significant landmark on the hill today. Still, if you can find Fort Willem, you’ll get a taste of history as well as a sweeping view of the sea and surrounding islands.

In town, Philipsburg’s oldest buildings speak of its past. The Courthouse, which is featured on Sint Maarten’s flag, has gone through many seasons and uses. In the end, however, it once again became a functional courthouse. Nearby is the old Methodist church, another historic building. Deep in the streets of Philipsburg, you can also find centuries-old houses between newer buildings and restaurants.

Saint Martin is famous for its nightlife, not its history. However, as fun as the bars and beaches can be, don’t forget to appreciate Saint Martin for its roots. At the heart of Saint Martin, you’ll learn to know and love this beautiful place that the islanders are proud to call home.