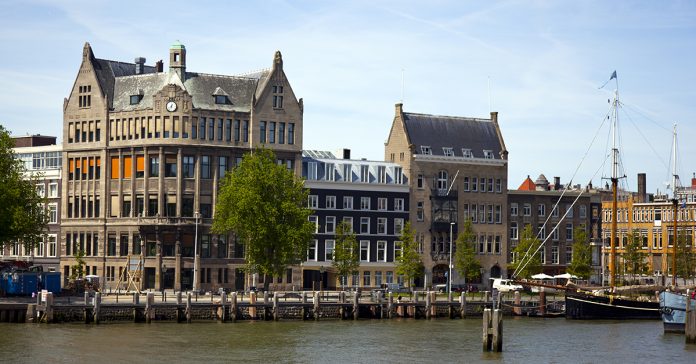 While most people who travel to the Netherlands for the first time will most probably land in Amsterdam and discover the fascinating capital without ever setting foot in the rest of the country, there are a wide variety of destinations to be discovered and experienced. The Netherlands is an extremely pleasant and interesting travel destination, even beyond the canals and museums of Amsterdam, with some unique and authentic attractions and landmarks, starting from the famous windmills and tulip fields, continuing with the small traditional villages and towns, all on the backdrop of the specific green plains of the country. For travelers that are sick of the city and have seen everything there is to see in Amsterdam, there are a number of good alternatives to try, starting with the city of Rotterdam, the biggest port in Europe and one of the biggest in the world.

With its modern architecture and determined atmosphere, Rotterdam is located about 55 kilometers away from the capital and features some interesting landmarks, including interesting museums, charming monuments and several windmills, as well as an inciting zoo garden. Another great escape is the old city of Utrecht, with its impressive Domchurch, beautiful architecture and several museums. Utrecht is located about 30 kilometers away from Amsterdam, while another destination, Maastricht, is about 200 km to the south. The latter exhibits an old and charming historical center and a rich cultural scene. Another interesting visit can be experienced in Nijmegen, the oldest city of the country with over two millennia of history, much of which is displayed in its old centre and its museums.

Other exceptional cities with beautiful and authentic architecture include Arnhem, Delft, Hague, all of them in short distance from Amsterdam. These are only the main urban destinations, as the Netherlands features a wide variety of attractions, from traditional Dutch villages, colorful tulips fields, islands and canals. Among the most famous and popular destinations, rewarding trips include the Keukenhof, just south of Amsterdam, in the Bulb Region, especially fascinating during the flower blossoms in spring, the Kinderdij area close to Rotterdam with their authentic windmills, the traditional wooden houses and windmills of the Waterland and Zaan regions, the­ Hoge Veluwe National Park, the Efteling theme park and many more. While there are plenty of things to do while visiting the countryside, nothing beats a cycling tour of the Netherlands, an especially popular activity for Dutch people.