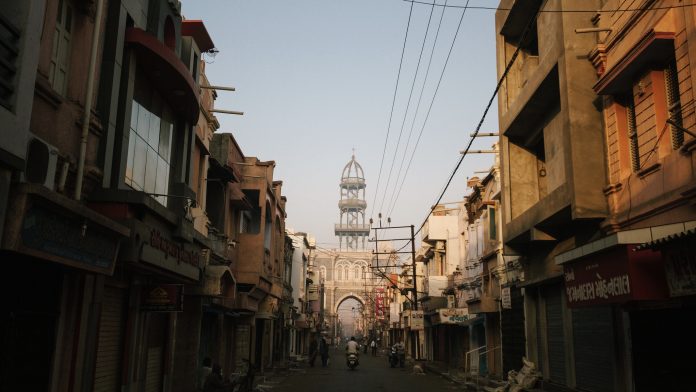 Barely noticed as a tourist destination by travelers until recently, Gujarat, India has now found a place on the wish list of many tourists. While the capital city Ahmedabad retains its old charm despite chaotic city life, the countryside of Gujarat holds most of the treasures of this Indian state.

Located on India’s western coast, Gujarat has started to gain more attention thanks to a series of successful ad campaigns by the famed Bollywood Star Amitabh Bachchan. There are truly some amazing must see places in Gujarat, offering diverse range of attractions like temples, architecture, handicrafts, wildlife and the Rann of Kutch. It’s totally worth getting out and visiting this otherwise neglected location.

If history and archaeology are on your wish list, consider taking a guided tour of the area. Travelers can visit some of the major attractions of the Indus Valley Civilization that flourished in 3500 BC at Lothal region. Tours typically include a visit to the Palace Museum, the University Museum located in Vadodara and the Champaner-Pavagadh Archaeological Park. The wondrous step-well of India in Adalaj is also usually included. You can also take a trip to the Buddhist Caves in Junagarh and the famous Khambhalida Buddhist Caves in Rajkot. A Trip to The Rann of Kachchh

India’s wild west – the Kutch (Kachchh) is truly a phenomenon as it is a seasonal island. The vast expanses of the Rann, an expanse of hard, dried mud – it’s an experience that will definitely leave an impression. Explore the beautiful city of Bhuj, then visit some of the local communities and villages, known for their surprising lifestyle, culture and handicrafts. The Dungar Hills overlooking the magnificent Rann is also worth visiting. You must meet the block printers and porters. Also a must see is Mandvi Beach with it’s wooden ship building yard. Don’t forget to walk down the narrow town streets as you admire local people busy with their regular shopping. Sasan Gir Wildlife Sanctuary is the last refuge of the Panthera Leo Persica, or Asiatic Lion. The 1412-sq.km hilly area is located halfway between Junagadh and Veraval. The area is highly non-commercial and it is a pleasure driving through the undisturbed forests.

Since 1956, the sanctuary has been functioning well. However, it was only in 1975 that 259-sq.km area was declared as a national park. The main attraction of this sanctuary is lions, though there are spotted deer, nilgais, large deer, gazelles, crocodiles, four-horned antelopes, and many more animals. In fact, this wildlife sanctuary is a destination for bird lovers as well, with more than 300 species of birds to see.

The sanctuary can be accessed by Sasan Gir Village. Best time to visit the sanctuary is from December to April. The sanctuary remains closed from June 16 to October 15. While touring the region, visit the Sun Temple located in Modhera village. Built way back in the 11th century by rulers of the Solanki dynasty, the temple is dedicated to the Sun God, or Surya. The substantial structure of the temple comprises of carved stepped tank, the main shrine and an assembly hall. It is neatly covered in elaborate stone sculptures. The best part of the temple is the sanctum, which is positioned in such a way so that it receives the first sun rays at equinox. One of the four major sacred char dham of Hindu pilgrimage sites and one of the seven most ancient saptapuri (sacred cities) in India, Dwarka is known as the ancient home of Lord Krishna. It was also the first capital city of Gujarat. One of the major events of Dwarka is the Krishna Janmashtami festival. The Jagat Mandir and Dwarkadhish Temple built in 200 BC are the greatest highlights of this place. Heading downwards, reach the Gomti Ghat and experience of edge of the holy water for a spectacular moment spent with family. There are tea stalls, seashell jewelry and decorated camels for entertainment.

Dwarka is located at the mouth of the Gomti River on the pristine Arabian Sea, about 10 km west from Jamnagar and 300 km west from Ahmedabad. The Marine National Park is exotic. Isolated from the maddening crowd, the national park lies along the coast of Dwarka. It was set up in 1982 to be one of the first of its kind in India. However, not many tourists know about this place. The Marine National Park comprises of 42 different islands, of which 33 are surrounded by thick coral reefs and are home to diverse bird and marine life. Tourists are only allowed to visit some of the islands. The main island is called Narara, which can be accessed by car and further by a long walk during the low tide. It is best to visit the park during winter. Local guides may be available to take you around. The Marine National Park is located in Western Gujarat, in the Gulf of Kutch, close to Jamnagar.

5 Reasons to Start Planning Your Trip to Vietnam