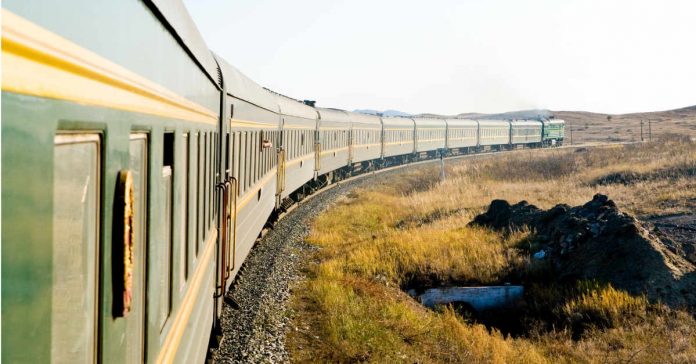 The longest railway line in the world, with a length of 9,289 km (5,772 mi), the Trans-Siberian Railway has long been on the list for many travelers. Many might wonder what’s so great about sitting on a train for what may seem like an eternity, as it takes seven days straight to travel the entire route without stops.

The railway line actually splits up into three different routes after passing Siberia (around Irkutsk) but the longest and most famous is the original Trans-Siberian route which goes from Moscow to Vladivostok. Second is the Trans-Mongolian route which heads off to Ulan Bator before ending up in Beijing and the third is the Trans-Manchurian which goes straight to Beijing.

7 Stops on the Trans-Siberian Railroad

Many think that most of the journey is about staring out of windows as the ice-cold landscape passes by, but it is at the different stops you will get your real experiences. Given that you have already taken a peek in Moscow or your departure destination, here are some recommended stops along this legendary railway line.

If you’re going with the regular Trans-Siberian route, this might be a detour, but it’s worth it. Kazan is the capital of Tatarstan and an important center for Tartan culture as well as the eighth largest city in Russia. The Kazan Kremlin is a World-Heritage site worth seeing. In 2018 they are also hosting the FIFA World Cup. One of the first stops on the main journey is one of Russia’s major industrial cities, Yekaterinburg. It is the unofficial capital of the Ural region. Yekaterinburg is only about 30 kilometers from the border between Europe and Asia and it is a great place to start if you’re heading for the Urals. The third largest city in Russia with approximately 1 500 000 inhabitants, it is considered the capital of Siberia. Not really a city for tourists but great to visit if you want some insight into the real Russian and Siberian life. This is where you get off if you want to experience the great Lake Baikal. The city itself, an old trading town, has in times been called the “Paris of Siberia”. It is one of the biggest cities in Siberia, famous for its many historic churches. A beautiful and amazingly large lake with lots of surrounding nature. Lake Baikal is the largest freshwater lake in the world by volume with the deepest point being 1647 meters. A great daybreak from the train ride with a refreshing swim. Ulan-Ude is the capital of the Republic of Buryatia, a federal subject within Russia, and is a stop unlike any other along the way. Like many others, this was also an old trading town. Situated between Russia, Mongolia and China and the center of Buryat Buddhism. Buddhism is a large theme in the city and it has a certain Asian style to it, similar to close-by Mongolia. Founded in 1858 as a military outpost and the city is becoming a major stop for travelers. It has several famous museums, and many about the Russian Far East. You’ll also find many beautiful parks, theatres and cultural activities. Be aware that tickets have to be bought ahead of time as they have fixed dates and you will have to plan your stops. There is no “taking the next train” if you spontaneously want to explore Krasnoyarsk if you don’t have the correct ticket.

To get a ticket you could talk to your travel agent, buy them online or at almost any Russian train station (which is the cheapest). Whichever of the routes you take (Trans-Siberian/Mongolian/Manchurian), expect to pay around €250-€400 for an economy ticket if you don’t buy it at a Russian train station. First class will cost you around €850.

Feel like we missed something, or have you traveled the Trans-Siberian and want to share a story? Let us know in the comments section below!