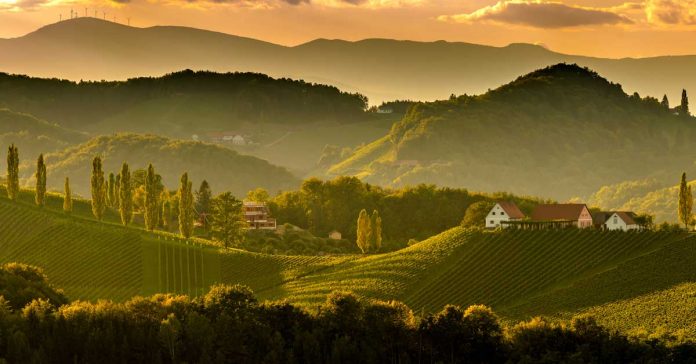 Are you a wine lover backpacking across Europe? If yes, then you have chosen the best continent in the world to explore and entertain your wine taste buds. There are numerous varieties of wine, and each type has a unique story to tell about its place of origin. Through wine, you get to experience the culture, climate, and taste of the people of that region, which gave birth to that wine. Europe never stops to amaze you with its diversity of wine starting from Champagne in France, Tuscany in Italy to Catalonia in Spain. Let’s look at the top European wine destinations and where to go to taste the best wines.

Although France is famous among tourists for its capital Paris, when it comes to wine, the countryside France is the best wine destination in the world. Its valleys are full of vineyards that go back many centuries and find their existence at the beginning of the Catholic era in medieval France. Today France is the largest producer of wine in the world, and some varieties of wine fetch the highest prices in the world. The top red wine regions of France include Bordeaux, Burgundy, and Rhone Valley. Bordeaux’s famous village of Saint-Emilion is a world heritage site that boasts of 5500 hectares of well-preserved vineyards. It is home to the famous red wines like Merlot and Cabernet Sauvignon. If you are into sparkling wine, the Champagne-Ardenne region of France has the best cellars and vineyards producing quality Champagnes like Pinot Noir and Chardonnay. There are many museums and wine-tasting farms that you can visit to get an authentic Champagne drinking experience. If you are into white wine, then visit Alsace, which has a world war II history between France and Germany. It is also home to the best white wines like Pinot Blanc, Riesling, and Pinot Gris.

While France may be the largest producer of wine in the world, Italy tops the world in the consumption of wine. Italy grows more than 500 varieties of wine. The best part about Italy is that every region produces wine and also makes some of the best gourmet foods. Italian wine geographically has two categories- North and South. The Southern wine, grown in warmer climates, is riper, fruitier, and more rustic than the Northern wine. The most legendary wines come from Northern Italy, which includes the famous wines of Tuscany and Piedmont. Tuscany is renowned for its romantic capital, Florence. But its best tasting wines come from the hill towns surrounding Florence. Some of the humble Table wines of Tuscany made from the Sangiovese grape are now international bestsellers. Notable Tuscany wines include Chianti Classico, Vin Santo, and Brunello di Montalcino. Situated at the foothills of Alps in North-western Italy, Piedmont is famous for red wine made from its Nebbiolo grape. Popular Piedmont wine estates like Gaja and Elio Altare give you the experience of tasting reputed red wines like Barolo, Barbaresco, Barbera, and Asti Spumante. If you want to feel the Italian sparkling wine in America, Fizz 56 is close to an authentic Italian wine.

Spain is the third-largest producer of wine in the world. Famous for its sunny weather, Meditteranean cuisines, colorful vibes, and its bustling cities, Spain does not dull you in its wine department. There are nine official wine routes that tourists can follow to explore the centuries-old wine culture of Spain. You can start your Spanish wine tour from the city of Bilbao, Rioja. The wineries in Rioja produce the best red wines made from the Tempranillo grape. Top wineries in Rioja are Baron de Lay, La Rioja Alta, Marques de Murietta, etc. You can try the legendary Rioja wines like Vina el Pison, Contador, Gran Reserva, etc. South-west of Rioja is the wineries of Ribera Del Duero. The most famous winery of this region is the Vega Sicilia. Most of the wines have their origin in the Tempranillo grape, similar to Rioja wines. Some notable ones are Alion, Macan, and Pintia. The next step in your Spanish wine journey is a small village called Jerez near the city of Seville. Jerez is the birthplace of the famous fortified Spanish wine Sherry. Sherry emerges from blending old wines and fortifying with brandy through a complicated aging process.

The Port of Portugal

Located in the west of Spain, Portugal is a traditional nation on the Atlantic coast. Tourism is a significant component of the economy, and wine tourism is exceptionally thriving because of the vintage sweet Portuguese wine, Port. The remote island of Madeira developed wine for trading purposes during Roman times. The warm southern weather and the Madeira’s grapes gave the wine its sweet taste. The modern-day wineries are producing revolutionary wines in the Duoro Valley of Portugal. More than 70% of wine exports in Portugal include the wines Port, Mateus, and Lancers. The heart of the Portuguese wine industry is in the Duoro Valley in the city of Duoro situated on the banks of the Duoro river. Familiar wineries include Dow, Fonseca, and Quinta de Pacheca, where you can visit and learn the process of making Port. Another exciting wine county is Alentejo, near Lisbon. There are 22000 hectares of vineyards in Alentejo. In December, this town hosts a grand winemaking festival called the Vila de Frades where wine preparation takes place in pots using the traditional Roman technique.

Apart from the locations mentioned above in Europe, you can also enjoy your wine tours in Eger (Hungary), Istria (Croatia), and one of the oldest vineyards of Europe in Santorini (Greece). Wherever you go in Europe, the culture, food, and wine continues to bedazzle you. Make sure that no matter where you visit in Europe, take the countryside tour if you want to experience the authentic wines and understand the local culture.

A Guide to a Lavish Weekend in Melbourne

A Guide to a Lavish Weekend in Melbourne