Brazil: the land of lush jungles, mesmerizing beaches and the free-spirited. The largest country in South America and the fifth largest in the world, Brazil is a must-visit destination if you’re planning a South American trip. Learn all you need to know about this culturally-rich nation with this guide for beginners.

Home to the world’s largest tropical rainforest, colonial villages and the largest party on earth, Brazil is a combination of unparalleled landscapes, lively culture, and incredible biodiversity. Colonized by the Portuguese, the language spoken is Brazilian Portuguese, unlike most of South America, where Spanish is dominant.

Brazil is a melting pot of European, Indigenous, Asian and Afro cultures, and two-thirds of the entire population (which is 200 million people) reside on its vast coast, where the more populous cities are settled. With the exception of Ecuador and Chile, the nation shares borders every country in South America.

While Brazil’s economy has skyrocketed these past years and the middle class is on the rise, it’s still very much divided by social classes, with numerous favelas (slums) settled amongst the skyscrapers.

What to do and where to go

Possibly the most famous Brazilian city, Rio is a go-to destination for first-timers. Surrounded by lush green hills, its beaches, diverse population, food, entertainment and of course, the famous Christ the Redeemer are unmissable sights and activities.

The most populous city in Brazil is also a must-stop. Be dazzled by the bustling city, skyscrapers and busy lifestyle.

Head to the Amazon region to experience the planet’s greatest collection of plants, animals and biodiversity, as well as ancient Indigenous cultures. Don’t miss the Pantanal, the world’s largest wetland, for witnessing unique bird species and other wildlife.

An extremely strong water torrent falling from intense green cliffs is truly a spectacle like no other. One of the most famous landmarks in the world, Iguazu Falls is a great spot for diving and surfing, as well as spotting endangered sea turtles and Spinner dolphins.

While you may not be able to do them all in one go, pick a few of Brazil’s idyllic islands and pay them a visit. Ilha Grande, Ilhabela, and Boipeba are some examples. To see German and Italian influence at full swing, head to Santa Catarina, and choose Bahía for an African-infused destination.

What to eat in Brazil

Veggos, you may need to exclude yourselves from this narrative, as the short answer is, lots and lots of meat! Brazilians love their meat fix. Plan to visit restaurants known as churrascarias, where for a fixed price you can devour as much of different types of meat as you can possibly imagine. So let your inner piggy run wild, and enjoy!

Another (very Brazilian) thing you should try is açaí (pronounced ah-sigh-ee). This little purple berry is a superfood, high in antioxidants and it tastes delicious, so don’t miss the opportunity to try it. The good news is, it’s pretty much everywhere in Brazil!

Learn to cultivate your patience

It’s a very Latin American thing to be late – so don’t fight it, embrace it. Don’t despair, don’t look at your watch or make faces when queues are taking longer than you’re used to. That’s just the way things roll around here. Brazilians are warm, happy and helpful people, and they’ll be way more receptive if you just wait patiently with a smile rather than trying to hurry things along. After all, you’re on holidays – so count to ten and relax.

Brazil is a Latin American country, but not a Hispanic one. This means that while it’s located in Latin America, its official language it’s not Spanish, but Portuguese. So keep your “hola” and “gracias” aside, and start practicing your “Oi, tudo bem?” and “obrigado”. Don’t insist on speaking Spanish – while most Portuguese-speakers can understand the language, Brazilians will much rather prefer you trying to speak Portuguese or simply using English to communicate. Most Brazilians will know a little English and they’ll like the chance to practice it.

The best time to go to Brazil is definitely summer. Not only do the temperatures get warmer, but also the country lights up with the Carnival celebration each February. So if you’d like a perfect first time in Brazil, think December, January, and February.

Petty crime is quite present in Brazil, and pickpockets are out and about in high-density areas. Only use ATMs located inside banks, don’t flash your cash and don’t leave any belongings unattended at the beach.

Experience Brazil for yourself

Brazil is a must-see South American destination. Experience Brazil’s dynamic attractions; featuring beaches, rainforest adventures, busy cities, and world-famous landmarks while visiting one of the most culturally diverse nations on the planet. So what are you waiting for? Tick one more destination off your bucket list and take a look at these group tours in Brazil. 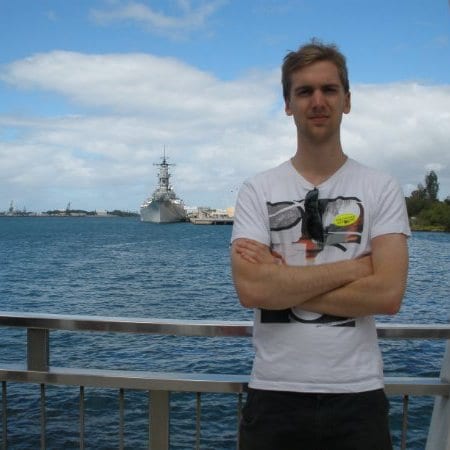 Matthew Todd has a strong love of travel and regularly contributes to online travel and lifestyle titles to share first-hand knowledge on small group adventure travel. True to his passion for travel and his experience as a digital marketing specialist, he currently works as an Online Marketing Guru at G Adventures Australia and New Zealand.