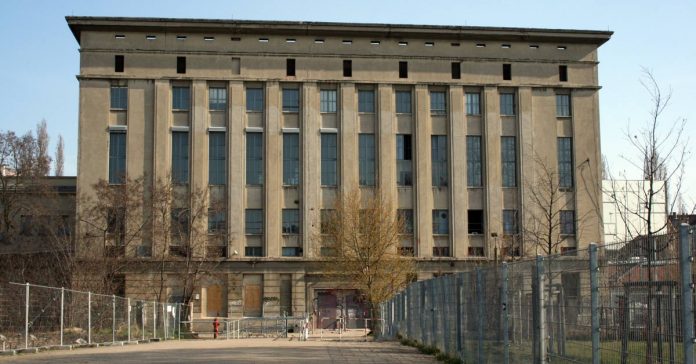 Anyone who knows anything about techno and clubbing knows that Berlin has become the unofficial party capital of Europe. In fact, one-third of visitors to the city visit exclusively for the city’s nightlife. For many of these tourists, the ultimate goal is to be let into Berghain, the mecca of German nightlife. The club, which has been described as “the best club in the world” by the New York Times, has achieved cult status in the EDM world by attracting some of the world’s greatest DJs. It also has one of the world’s most ambiguous door policies, meaning that being one of the 1,500 guests admitted nightly is a huge accomplishment.

The secretive club is housed in an old East German power plant that dates back to 1953. The building is enormous, with 60-foot ceilings supported by unpainted concrete pillars. The décor is bare throughout, making use of cages formerly used for electrical equipment, and maintains the feel of an abandoned building. The 2004 renovation designed the club to have no dead ends, so you can walk through the maze-like building endlessly.

One of the only significant changes after the redesign was the inclusion of the famous Funktion One speakers, creating one of the most powerful sound systems in the world. On a normal night, the system only operates at between 10 and 20 percent. This helps to keep people awake during the club’s famous marathon dance parties. Were it to be turned to full power, it would feel like every nerve of your body is being massaged.

So how did this techno mecca come to be? The story begins in the late 1990s, with club promoters Norbert Thormann and Michael Teufele. The two men were successful running their gay club Snax at various locations around Berlin when a contact at the German national railroad offered them the chance to set up a permanent location in a former freight yard. This became a club called Ostgut, now known as Berghain. 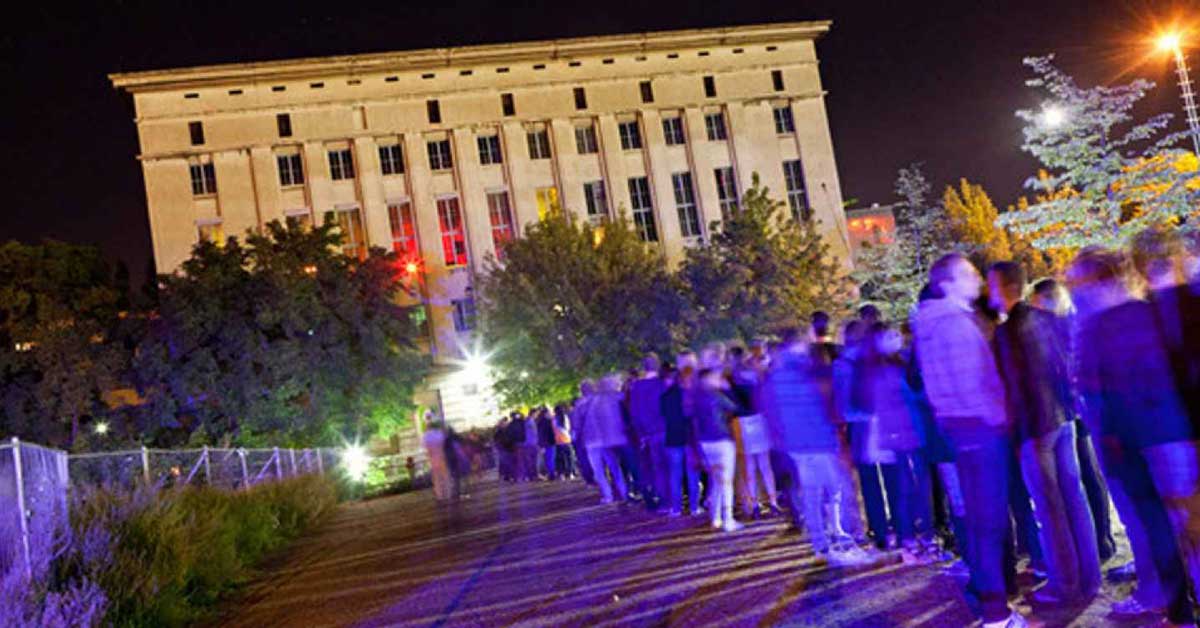 Today the club is known not only as home to some of the most extreme crowds in the nightlife industry but also for ushering in the hardcore techno movement. While EDM in the US is dominated by controlled shows in Las Vegas casinos full of girls in neon outfits, the crowd at Berghain is full of serious ravers. Dancing is full of intense, air-punching moves and can last for days at a time. The crowd is diverse, enthusiastic, and truly invested in the music. Clearly, people are interested, as lines to enter the club are sometimes over three hours long.

The success of Berghain also speaks to the history of Berlin. The club hosts such an extreme crowd largely in response to how militant and repressed the city was for the decades before unification. The crazy, loud parties that Berghain holds feel like a celebration of freedom and chaos. Drinks are cheap and the venue is not glamorous. Berghain makes a statement that a good night out is about the experience, not about making a lot of money. There’s no corporate branding or bottle service for celebrities, making it seem like one of the last authentic clubs left.

Despite its humble origins, Berghain and the techno scene in Berlin are bringing in billions of euros to the country every year. Tourists continue to be attracted to the legendary site, hungry to discover whether or not all the rumors are true. Berghain has something that money can’t buy – a cool factor that only continues to grow.

Ella, Content Manager for trekbible, is a writer and content specialist with a predilection for learning and exploring new places and cultures around the world. With family scattered throughout the U.S. and South Korea, she loves to see cross-cultural influences around the world. Her favorite thing to do on her travels is to taste the local cuisine of each destination.