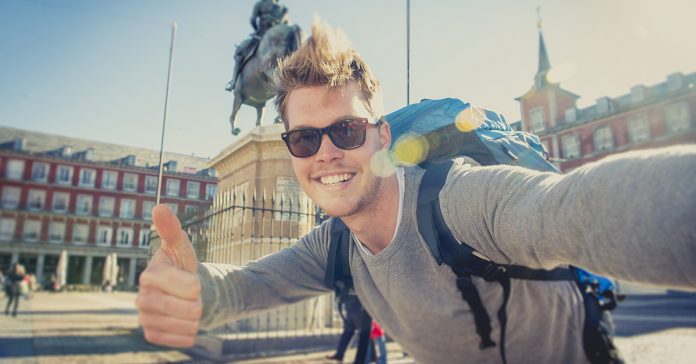 Europe is often considered to be the most expensive continent to travel. This may not fit well with all backpackers. However, Europe does attract the largest number of international visitors in the world with 504 million international visits per year. With its rich heritage and open borders, it is easy to see why.

Find a Place to Stay

Book hostels in advance if you can, and look up reviews online. Hotels can be too expensive on a backpackers budget. Keep in mind that some hostels will charge extra for linens and towels so try to find those who include all of that as well as free breakfast. Most hostels are inexpensive but will often require you to sleep in a room filled with bunk-beds and other travelers. This is a great way to meet new people and travelers from all over the world. Youths between the age of 18 and 30 are the main guests but I have met people of all ages in hostels.

Another great tip is Couchsurfing. It has become very popular in Europe and you can easily get a free sleeping spot for the night in most places. As long as you don’t mind the sometimes odd sleeping arrangements. I hosted a lot of travelers while i lived in Malmoe and it was really a great chance and experience to meet so many different people.

Depending on in which country you are and what kind of store you’re in, there may be a need to withdraw some cash from an ATM. It might be wise to look up your card’s fees on withdrawals abroad as it can easily cost you. Take a look if you can find a better deal on your card when travelling. In many countries (e.g. Netherlands and Germany) you might have a problem using VISA or Mastercard in stores as they will only take the lesser versions VISA Pay and Maestro to save money on transaction costs. In those cases they often have an ATM by the entrance. Then there are the Nordic countries where VISA-payments are possible everywhere (if you have a card with a PIN code), and in some cases the only accepted form of payment. Many local- and airport-buses will no longer accept cash as payment but offer credit card-payments, SMS-tickets or pre-bought tickets.

Hop on a Train

The by far most praised transportation mode between European countries is the train. The railway network is widely used and reaches the whole continent. The biggest advantage of going by train is that you often arrive in a city center instead of an airport. Airports are often located outside of cities and will give you additional transportation costs and waiting time.

If you plan to visit several countries it can be worth your while checking out European rail passes such as Eurail or Interrail. Eurail is intended for non-EU citizens while Interrail is adapted to EU citizens. With their Global Passes you can visit up to 24 respectively 30 countries during a limited time. There are also several national passes that will give you unlimited travel if you only intend to travel within one country.

If you still want to go by flight, the discount airlines have really made a break through in Europe and can often be cheaper than train and other forms of transportation. Be wary though as they often traffic airports far away from the main cities and it may cost you a bit to get there. If they can, they will charge you extra for everything, more often than not, your luggage. The most famous airlines would be Ryanair and easyJet but almost every country have their own budget airline. Book these tickets online and well in advance.

Off the Beaten Path

The large and popular cities in Europe are all great and there are lots of things to do, especially if you like to party. You should however try to get out and try to explore new places, as there are a lot of them. Try to head east to countries like Bosnia & Herzegovina, Croatia or Slovakia where you will find a quite different culture. The Nordic countries have great cities as well but don’t miss the beautiful countryside and take opportunity of the ‘freedom to roam’, which provides the opportunity to hike across or camp on almost all land.