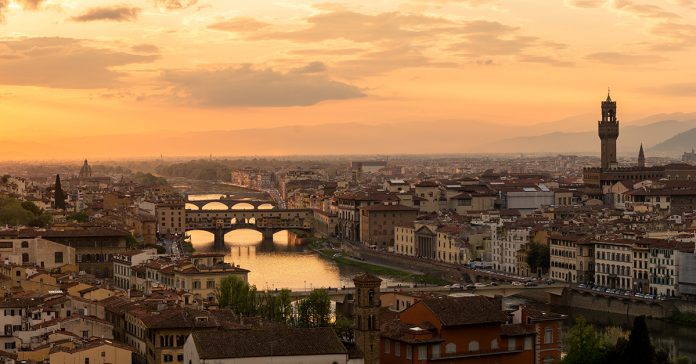 For some people, the word “holiday” instantly evokes lying on a sandy beach, sipping an ice-cold drink, and listening to the sound of waves crashing on the shore. For others – not so much. There is a tribe of modern pilgrims, wanderers looking for enlightenment. We crave to soak up, not the sun, but the culture: the smell of libraries, the venerable silence of galleries and museums, the feeling of awe at the sight of not natural, but architectural, man-made wonders of the world. Here are some of the destinations that will impress and inspire you.

One of the most interesting places in Europe, Barcelona, owes a lot of its uniqueness to the extraordinary artistic vision of the famed architect, Antoni Gaudí. His creations are numerous and sprinkled all over the city. The most iconic is surely the otherworldly church of Sagrada Familia. However, no less than seven of his works have made it onto UNESCO’s World Heritage List. But Gaudí is not the only genius represented in Barcelona. The city’s museums have on display the works of such artistic greats as Velasquez, Miro, Dali, and Picasso.

Italy, once the center of the civilized world, is brimming with sights to see. A charming, medieval town seems to be perched on every hilltop you pass by. You might be driving around the suburbs of Rome only to stumble upon an ancient Roman aqueduct in the middle of the street. However, if you were to choose just one destination in Italy, it should be Florence. The city is a living work of art. Today its Uffizi Gallery and Accademia Gallery are home to some of the greatest masterpieces in the world, such as Michelangelo’s David and Botticelli’s Birth of Venus. The cathedral – Il Duomo, and the adjacent Giotto’s Bell Tower, have a facade so exquisitely beautiful, they will leave you breathless. Every corner and narrow street seem to hide a wonderful secret.

Australia might not have the centuries of history as some of the other destinations on this list do, but it sure seems to be working hard to make up for it. And it’s working. The art scene in cities such as Sydney and Melbourne is flourishing. The modern architectural wonder of the Sydney Opera House is so iconic, it has long been a symbol for the entire Australia. Make sure you take a walk from the Opera to the Museum of Contemporary Art in The Rocks, and then over the Sydney Harbour Bridge. For a completely immersive experience, try staying in a luxurious art hotel in Sydney.

Ancient Cairo and the Pyramids

Just in case you need to be reminded how long we’ve been around, head to Egypt to check out one of the most mysterious and fascinating civilizations in the history of mankind. The biggest city of the Arab world is known among Egyptians as The Mother of The World. The name makes perfect sense: the first human settlements in the area date back to 4th millennium BC. Those were visible for thousands and thousands of years in the crowded streets and are a part of the impressive collection of the Museum of Egyptian Antiquities. But the biggest attraction are the Pyramids – the only one of the Seven Wonders of the Ancient World still standing today.

These are just some of the amazing cultural treasure troves that will nourish your mind and soul. Throughout the thousands of years of mankind, our heritage has grown rich and beautiful. Take this list, or create your own, and start ticking places off, one by one. Marie is a lifestyle blogger who loves unusual trips, gadgets and creative ideas. On her travels she likes to read poetry and prose and to surf the Internet. Her favorite writer is Tracy Chevalier and she always carries one of her books in her bag. She is an avid lover of photography who loves to talk about her experiences. You can find Marie on Facebook or follow her on Twitter and Pinterest.