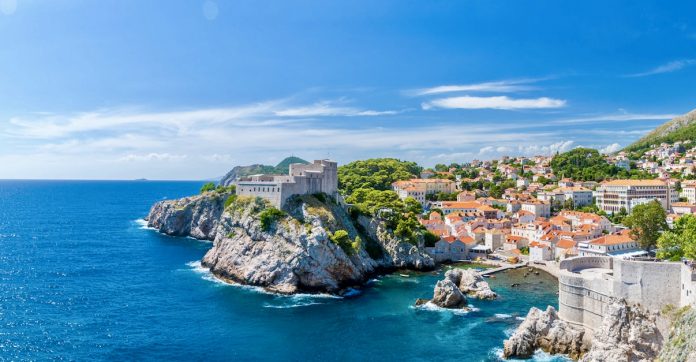 Hewn from the rugged shores of the Adriatic Sea, the Croatian city of Dubrovnik is a gorgeous destination for any traveler wishing to explore all that Southern Europe has to offer. Appropriately dubbed the “Pearl of the Adriatic,” Dubrovnik features a delightful blend of ancient architecture and modern attractions, topped off by stunning vistas and no shortage of warm, inviting beaches. If you’re considering a trip to this rustic coastal city, here are a few of the activities and destinations you simply have to experience. Pack your bags, mark your maps and enjoy!

Unless you’ve been living under a rock for the past few years, you’ve probably heard of the smash-hit television series “Game of Thrones.” One of the most striking fantasy locations featured in the series, King’s Landing, can actually be found right in the heart of Dubrovnik. The real-life versions of famous locales from the series are scattered around the city, from Blackwater Bay to the Red Keep palace gardens. A GoT themed escape room (check out www.dubrovnikescaperoom.com) and tours are also available to give you the full Game of Thrones experience. For fans of the series, it’s a truly unforgettable experience.

Take a Stroll Along the Stradun

Located in the Old Town, the Stradun (locals call it Placa) is the main street of Dubrovnik and a favorite of tourists and locals alike. The Stradun is lined with 17th century homes, monuments and other historical buildings. Concerts and festivals are held on this street throughout the year, including Dubrovnik’s New Years Eve celebration. This historic street even has something for Star Wars fans. A scene in Star Wars: Episode VIII was shot on the Stradun. Dubrovnik is a city thoroughly steeped in history, and few locations highlight that fact better than the Franciscan Church and Monastery. Situated near the historic Pile Gate and built beginning in 1317, the monastery is home to one of the world’s oldest continuously operating pharmacies. Explore the expansive, ornate construction of the monastery itself, and when you’re done, stop by the pharmacy where medieval Franciscans used sacred herbs to brew up concoctions that were believed to do everything from curing illness to guaranteeing success in marriage.

Easily the most immediately recognizable feature in the city, no trip to Dubrovnik would be complete without a walking tour of the imposing city walls and defenses that encircle the Old Town. Tracing a path that leads for about 1.2 miles around the perimeter of the ancient heart of the city, the Dubrovnik city walls are 13 to 20 feet thick and tower up to 80 feet high in some places.

If you’re up for the walk, you’ll find a spectacular view of the Old Town, the rugged landscape that surrounds it and the shimmering Adriatic Sea that stretches beyond the horizon. As an added bonus, the walls feature several fortifications and towers for you to explore as well.

Many hotels and resorts in Dubrovnik offer easy access to a variety of beaches, and the popular Banje Beach near Old Town is an excellent choice for families. However, if you’re willing to venture further off the beaten path, you’re sure to be rewarded with a truly special experience. Located within walking distance of the city, Sveti Jakov beach is a favorite of locals and savvy travelers alike. It offers a beautiful view of the Old Town, and it’s less crowded than many of the tourist-oriented beaches closer to Dubrovnik. The surrounding shoreline is also a great place for a relaxing stroll, with sheltered coves, crystal clear waters and stunning views everywhere you look.

There are many ways to explore the fascinating city of Dubrovnik and the natural beauty that surrounds it, but you won’t find a more uniquely appealing perspective than the Dubrovnik Sea Kayak and Snorkeling Tour. Beginning with a leisurely trip around the Old Town walls in a kayak, the tour eventually winds its way to Betina Cave, a secluded beach and natural cave accessible only from the sea. Betina Cave offers a gorgeous place to enjoy a quick snack before participating in perhaps the most memorable part of the tour: a chance to go swimming, snorkeling and cliff diving in the pristine waters surrounding the cave.